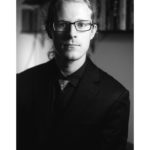 Julian is a pianist from Seattle, Washington. A graduate of the Eastman School of Music, he holds degrees in Jazz Piano and Music Theory. For the past three years, Julian has lived in Brooklyn, NY and worked as a freelance musician and educator. During the 2017-18 school year, he served as an Americorps ArtistYear Fellow, bringing music education to over 500 students at PS 143Q, a Title I school in Corona, Queens. While an ArtistYear Fellow, Julian was also performing at jazz clubs across New York City, teaching private piano lessons, and composing a work for full orchestra. This work, “Concertino for Piano and Orchestra,” won 3rd prize in the international Spheres of a Genius competition in Vienna, and Julian performed the solo part at the work’s premiere in November of 2018. Julian recently attended SongFest in June of 2019, where he performed in masterclasses for Margo Garrett, Alan Smith, Susan Graham, James Conlon, Kevin Murphy, and Lydia Brown, among others.