At 2:30 on the morning of April 9th, the Highbridge Voices Chamber Choir departed on their performance tour of Washington, D.C. pausing only briefly on their way south. As the bus made its way to our nation’s capital with these thirty select students from the Highbridge community of the South Bronx, the anticipation was electric. 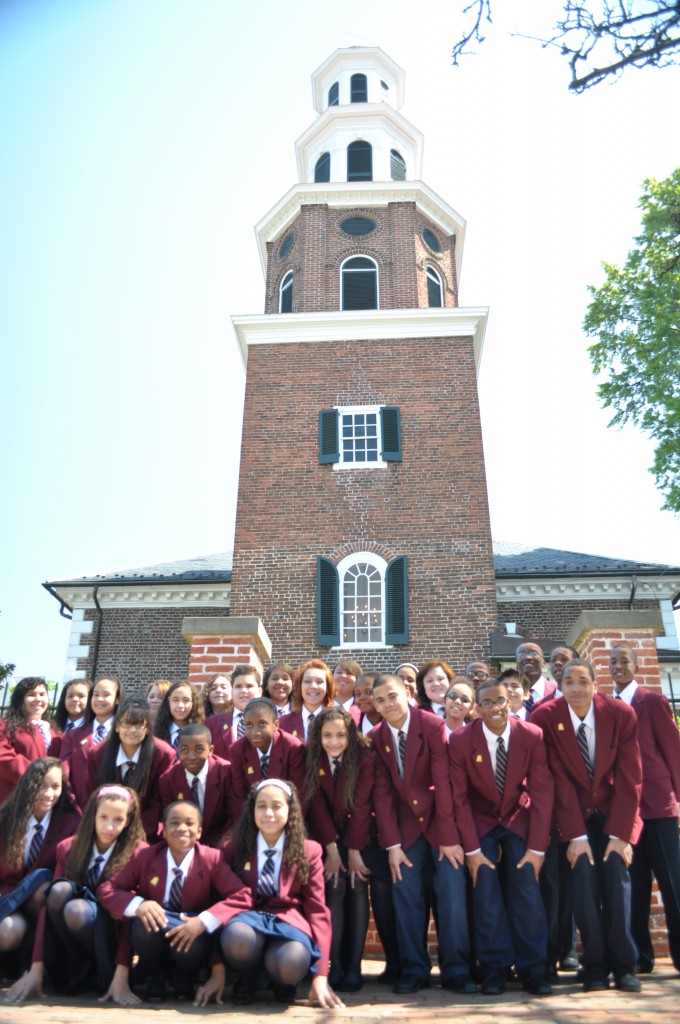 It was, however, when these students arrived for their first appointment of the trip, a 9AM tour of The White House generously arranged by the office of Adolfo Carrión, Jr., Director of the White House Office on Urban Affairs and Deputy Assistant to the President and former Bronx Borough President, that things really got exciting. After all, how often does one get the once-in-a-lifetime experience of walking through the home of the President and his family? So with that amazing experience under their belts and a photo shoot in front of the White House to remember it, the tour was well under way.
The choir’s next stop was a visit to the National Mall’s monuments and memorials. The Lincoln Memorial was first and the children were absolutely amazed by its sheer size and the position it holds at the end of the Mall. The students of the choir particularly marveled as they stood on the spot of Martin Luther King, Jr.’s 1963 “I Have a Dream” speech on the memorial steps. Foday Kamara said, “I couldn’t help but imagine what it must have been like to stand here with a huge crowd gathered around. I was really inspired.” Next in the area, the students were off to the war memorials that surround the reflecting pool. So, after a short presentation by our guide and in contrast to the solemnity of the war memorials, the thirty Highbridge students had particular fun climbing on the statue of Albert Einstein which is located just across the street from the National Mall.

Then, after a quick lunch, it was off to George Mason University where the Chamber Choir quickly shifted gears to focus on their singing as they participated in a choral master class facilitated by the noted clinician Dr. Stanley Engebretson, Director of Choral Studies at George Mason University School of Music, Director of Music at the New York Avenue Presbyterian Church and Artistic Director of the National Philharmonic Chorale. The Chamber Choir had a tremendous experience incorporating Dr. Engebretson’s musical direction and ideas to perform the selections ‘Soave sia il vento’ and ‘I Want to Hold Your Hand’ from a whole new perspective.

Not long after their first collegiate choral experience, it was back to D.C. This time, they headed to the Kennedy Center for the Performing Arts where the Chamber Choir enjoyed a concert by the Tamagawa University Taiko Drumming and Dance Troupe followed by dinner at the famed Washington landmark.
The next day was equally exciting for the children. Beginning with a beautiful breakfast buffet in the hotel and the short trip back to the National Mall, the choir broke up into three smaller groups to enjoy the museums of the Smithsonian Institution. Visiting the Air and Space Museum, the National Gallery of Art, the Museum of American History, and the National Museum of Natural History, the students of Highbridge Voices were amazed by the size, scope, and beauty of the artifacts and pieces of art that they had previously only seen in their text books.

The Chamber Choir left the museums in the afternoon to enjoy a barbeque dinner at Red, Hot, and Blue before singing for the veterans’ of Vinson Hall. The choir offered a program that featured selections from a wide range of musical styles. From opera to the Beatles, the forty-five minute program was warmly received by the full house that was in attendance. After presenting this stirring performance for the veterans and their family members, the singers had the opportunity to visit with their audience. It was a particularly powerful experience for the students to meet these great American heroes and to hear about their unique life experiences. So after an amazing day of performing and learning, the children were eager to enjoy the hotel pool for a few hours on Saturday night before lights out.

On the final morning of the tour, the choir had arguably the most incredible experience of the entire trip. They performed in the worship service of Christ Church, Alexandria; the home church of President George Washington and a worship space visited by all but three sitting US presidents since William Howard Taft. In addition to the stirring historical significance of performing in such an important space, the students were treated to a brief historical talk by a church member after the service and were invited to sit in General Washington’s family pew.

And finally, the choir made a group visit to Arlington National Cemetery. Dressed in their uniforms, the singers watched in solemn silence as the guard was changed at the tomb on the Unknown Soldier and subsequently paid their respects at the grave of President John F. Kennedy.

For these thirty incredibly talented members of the Highbridge Voices Chamber Choir, the 2010 performance tour of Washington, D.C. was an amazing experience. From the White House to the theater at George Mason University; from the National Mall to the auditorium at Vinson Hall, this was not a weekend that these incredibly talented students from the South Bronx will soon forget
. 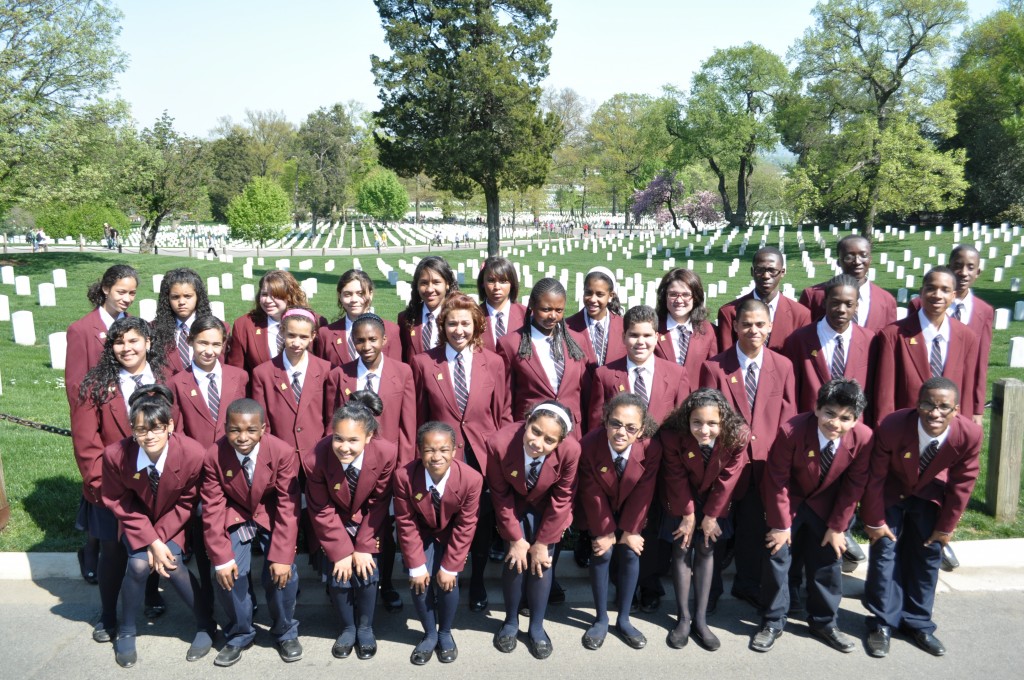